The Best Places to See Fireworks in America 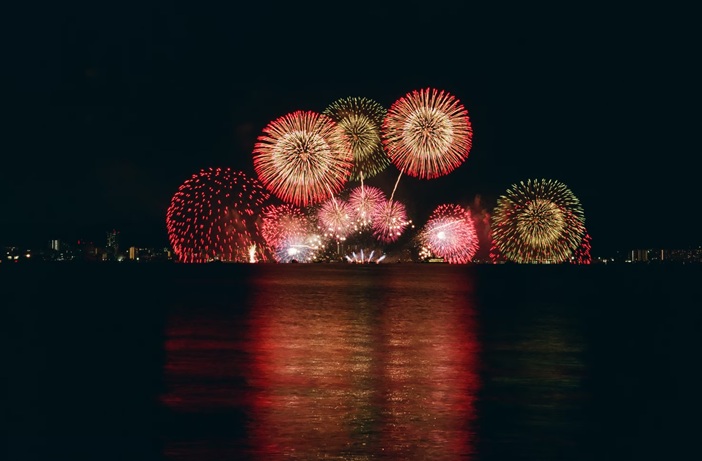 As a kid, most of us have wonderful memories with friends and family seeing spectacular firework shows. Some kids couldn’t handle the noise but the majority really enjoyed what was going on. There’s just something magical about sitting in a lawn chair in the evening and looking up into the open sky and seeing something so magnificent. For avid fans of fireworks, they will travel across the country to see the best shows. By the way, the next time you search for “Atlanta fireworks display company”, think of Munnerlyn Pyrotechnics.

So where are the best places to see fireworks in America? That’s what this blog post is all about.

This has been going on for 45 years! It’s the largest fireworks display in the whole nation. recently, the fireworks went off near the Brooklyn Bridge with the theme of “American Cinema”. People saw things related to Star Wars, E.T., Superman, and the Wizard of Oz in a dramatic way. The best vantage point to see the fireworks was directly on the water through cruises offered by Seastreak, Circle Line, and Spirit. Every year there’s something spectacular going on. It’s the biggest Independence Day celebration out there. It’s designed in a way to synchronize patriotism to music.

Many say that there is no better place to celebrate our nation’s freedom than being in the nation’s capital at the National Mall in Washington, DC. It’s considered a once in a lifetime experience and everyone should do it at least once. There are a variety of different viewing points to see the display. For example, if you are unable to get a seat directly at the mall, you can try the East Potomac Park, West Potomac Park, Jefferson Memorial, Lincoln Memorial, or even the George Washington Memorial Parkway.

There’s just something special about summertime in Chicago, the windy city. Presented by Miller Lite on July 4th from 9:30 to 9:45, there is a fantastic fireworks display that can be seen over Lake Michigan. It’s synchronized to music and overlooks that Chicago Skyline. Many people reserve cruises so that they can get the best view of the fireworks directly on the water. This is something that you definitely need to book early for as it gets filled up fast every year.

Now this is a favorite for kids! What’s not to love about Disney World? The greatest part about seeing fireworks at Disney World is that it happens every night, not just on July 4th. But if you do come on July 4th, it will be extra special. The “most magical place on Earth” lives up to its name when it comes to presenting stunning firework shows. The fireworks are launched directly from the Magic Kingdom park, but it’s not necessary to be directly inside one of the parks.

You can get a spectacular view from some of the resort hotels or directly on the boardwalk. It’s sure to be extremely busy, as it always is, so get your spot ahead of time. You can also be on one of the night rides featured at Disney World as the fireworks are going on. That option is a real treat.

This is another favorite for kids and families alike. What makes this show unique is that the show happens while you are on one of the most historic warships in the United States, the USS Yorktown. It’s at Patriots Point on the Charleston Harbor. Mac Burdette, the Executive Director of the show makes it clear that they try to make the event the best show in the entire southeast. People on the flight deck get the best view out of everyone.

Host Your Own Firework Show

While going to some of these firework shows is an amazing thing, it’s extra special to host your own event. It can get complicated to get licenses, pay for equipment, and everything else involved, but there’s a solution. If you are close to Lexington, SC, we can host your event for you through Munnerlyn Pyrotechnics. You can contact us and we can make plans through this link.

And remember, the next time you search for “Atlanta fireworks display company”, or “best firework company in Atlanta”, think of Munnerlyn Pyrotechnics.